What Age Do Most People Retire In America?

Posted on October 1, 2017 | Comments Off on What Age Do Most People Retire In America?

Given many Americans are in a difficult financial situation with only $17,000 in retirement savings for those between the age of 56 and 61 according to the Economic Policy Institute, you’d think most Americans are never going to retire.

The reality, however, is 69% of Americans are out of the full-time workforce by age 66. And roughly 51% hang up their boots between the ages of 61 and 65 according to LIMRA, the Life Insurance and Market Research Association. By age 75, 89% of Americans have left the labor force.

It surprises me that less than 1% of Americans retire before age 50. With the way the Financial Independence Retire Early (FIRE) movement has taken off, as well as the rise of freelance work, you’d think the percentage would be higher. 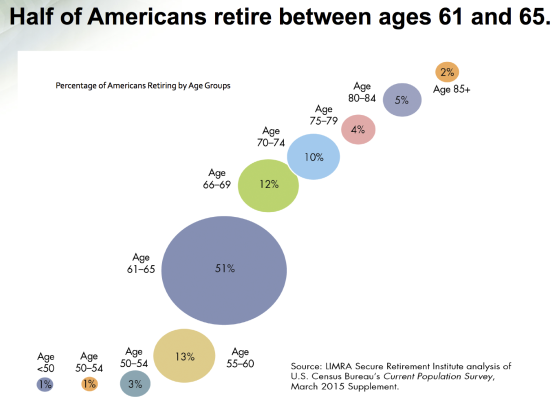 How Are Retirees Able To Survive? 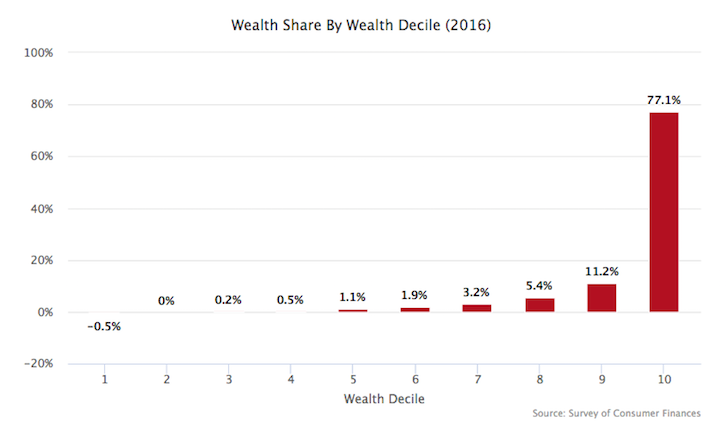 The reason why most Americans are able to retire by 66 despite so little wealth is due to Social Security, a traditional pension, and retirement work plans. LIMRA reports that some 41% of retirees have annual income less than $25,000. Of retirees with income over $50,000 a year, about 80% draw from a pension or retirement plan.

Unfortunately, virtually nobody under 40 is going to have a traditional pension any more. And even if there was such a thing as a pension, with the typical American changing jobs every three years, there’s no way today’s workers will stay long enough to ever collect.

Therefore, the focus on retirement savings needs to be on maxing out a 401K, an IRA, and other pre-tax retirement plans while also saving additional money in after-tax investment accounts. Just in case there’s a job change, a need for liquidity, or the desire to retire before the 10% early withdrawal penalty goes away, having a robust after-tax investment portfolio is a wise move.

For added security, it’s wise to build even multiple income streams to reduce concentration risk. There’s not one person I know who retired before the age of 50 who doesn’t have at least three income streams beyond a traditional retirement plan. 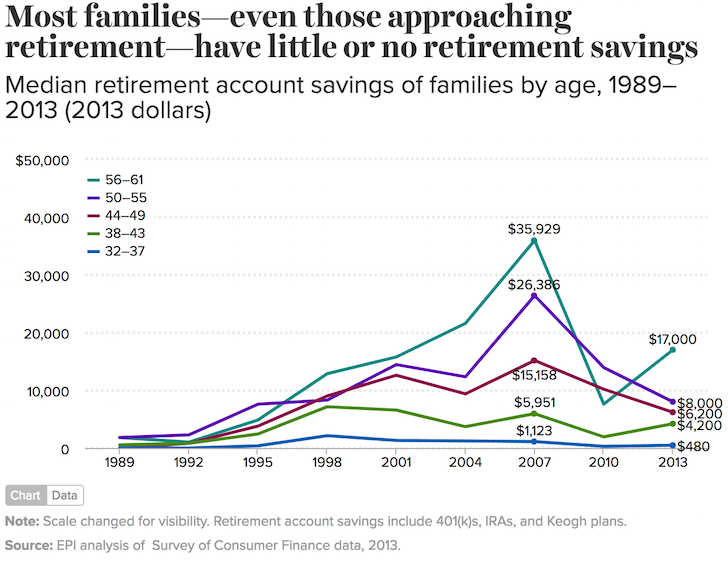 Part-Time Work As A Supplement

Despite the anemic retirement income figures, the gig economy enables millions of Americans to work part-time and supplement or replace a full-time income source. I’m pretty sure if all went to hell, I could earn at least $50,000 a year driving for Lyft, assembling furniture for Task Rabbit, and being the friendliest greeter at Walmart. But then, by working 50+ hours a week, I wouldn’t really be retired. 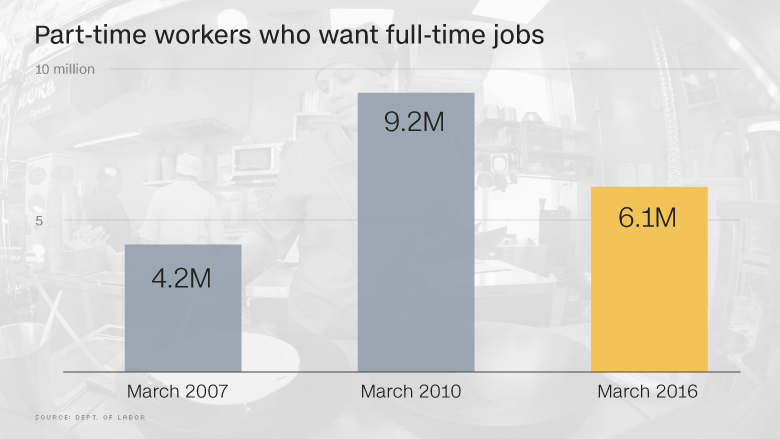 Part-time work is a double-edged sword

The key to surviving retirement on a low income is owning a home debt free and having sufficient medical coverage. With health and living expenses taken care of, surviving off just $2,000 a month, while challenging, is doable. If you’re fortunate enough to have children who call you back, they might even come to your rescue if things get too difficult.

Although I left full-time work at age 34, I’ve never stopped working. I think this is true for most early retirees. Your focus simply shifts from something you’re sick of doing to something that’s much more interesting. If you’re lucky enough to love what you do, then by all means work until the very end!

The Dark Side Of Early Retirement

What Does Early Retirement Feel Like? The Positives And Negatives

The Fear Of Running Out Of Money In Retirement Is Overblown

The Best States For Retirement

Readers, what age did you retire? What is your ideal retirement age? Are you surprised so few people retire before the age of 50?

The post What Age Do Most People Retire In America? appeared first on Financial Samurai.