Upgrades Made With Technical Support

Posted on May 31, 2017 | Comments Off on Upgrades Made With Technical Support 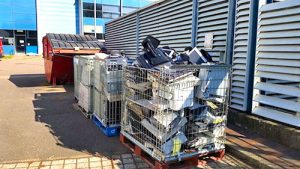 We are excited to announce that our I.T. department has liquidated the old computers and support software and integrated an entire new set of technologies. We had been receiving complaints that support tickets were not being addressed in a timely manner and members were feeling like they were not receiving adequate support from our team. Here is a list of changes we made that should have a positive impact on our online support system.

This started out as a simple update to existing software and turned into an entire department overhaul. We had hired an I.T. consulting agent to analyze our process and identify holes in the system where members were falling through the cracks. What we soon found out is that our computers were outdated, hard drives were failing, operating systems were re-booting, and most of the equipment in our “I.T.”  department were so outdated that most of the electronics needed to be recycled, while newer computers were liquidated.

After a thorough investigation of our equipment and our process, it was time to destroy! 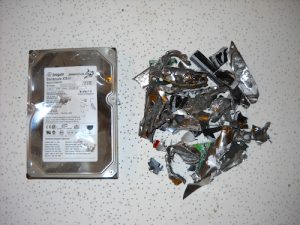 We were pleased to note that a vast majority of our electronics were recyclable and were actually able to recover some of our assets and re-invest in the new hardware. As a member of CUNA we take pride in staying green and minimizing out footprint on the environment when at all possible.

Support System Up And Running

Now that the system has been in place for a little over two months we are excited to reveal that member feedback has improved and support tickets have been managed, addresses, and closed in a time frame that has been acceptable to both us and our members. We will continue to provide our members the most phenomenal support system the financial industry has ever offered.