The Only Scenarios Where Repeated Failure Is An Option

Posted on October 3, 2017 | Comments Off on The Only Scenarios Where Repeated Failure Is An Option

On the way back from a tennis tournament I listened to a TED Radio Hour episode called, Failure Is An Option. My hope was to learn some new perspectives about why failure is OK so we can get enough courage and motivation to try, try again. After all, I’ve been through more failures than I’d like to admit.

Guy Raz, the host, featured a man named Astro Teller who heads up Google’s X division. He calls himself, “Captain Of Moonshots,” to remind himself and his team to always think big. The X division is a highly secretive division within Google that tries to come up with revolutionary devices and applications. They are the 1% within the 1% of people who get a job at Google.

With a PhD in Computer Science from Carnegie Mellon University and a BS and MS in Computer Science from Stanford University, Dr. Teller is a well educated man. On the podcast, he proudly explains that his employees get bonuses for presenting their failures on stage. The bigger their failures, the bigger their bonuses and the more they celebrate because it means they went for huge wins.

I was waiting for the hook to help us regular folks get more comfortable with failure. But unfortunately, it never came! Guy moved on to the next guest after a word from his sponsors.

What Dr. Teller and Guy are essentially saying is this: if you work at a company with unlimited resources ($90+ billion in cash), you should always dream big. You have no downside because not only are you working in a department that has been green-lighted to create audacious new things, even if you fail, it’s not your own money you’re wasting!

Once I realized there were no pearls of wisdom to learn from Dr. Teller’s guest spot, I began to think about scenarios where taking big risks should be a given for the rest of us.

1) When you’re born into a rich family. Before William Gates III was born, he asked God if he could be born to William Gates Sr. and Mary Maxwell. His dad was a prominent lawyer, and Mary served on the board of directors for First Interstate BancSystem and the United Way. Gates’ maternal grandfather was JW Maxwell, a national bank president. Gates III knew that with money and connections, he stood a better chance at getting into Harvard. Further, knowing that his parents were rich, he knew that there was no downside to dropping out of Harvard and starting Microsoft. Thanks to his success, he set up the Bill & Melinda Gates Foundation to give back their fortune. I’d say this was a great deal for everybody involved.

2) When you’re not spending your own money. Why are Congressmen and women OK with a government shutdown? Because they still get paid even though everybody else doesn’t. Why do people vote to raise taxes on other people? Oftentimes it’s because they don’t have to pay higher taxes themselves. When you have the ability to risk other people’s money for your own dreams, you should press hard!

The most common example of using other people’s money for your own benefit is when you borrow money to buy property. If the property market rises, you get all the spoils while the lender only gets a tiny interest rate in return. If the property market tanks, you can hand over the keys and walk away in a number of non-recourse states. Many people did this during the 2008-2009 financial crisis, screwing the rest of us who stayed true to our contracts.

Another great example where failure is OK is if you raise money for a startup. There’s less of a need to focus on profitability when you burn someone else’s money. Heck, a couple startup founders of a company called Secret sold several million dollars worth of stock to their VC investors and then decided to shut the company down six months later! Because most startups fail, it’s often wise to raise as much money as possible so you can have as good of a time as possible while your startup is still alive. If your startup succeeds, everybody wins. If your startup fails, it ain’t your money.

A final example is if you get really lucky in an investment or at the casino. In 2000 I knew VCSY going from $3 to $165 within six months was unsustainable, so I took profits at $156 and bought some risky B2B stocks. After losing about 10% within a couple weeks, I cut my losses, held cash, and after a while bought a condo in San Francisco. Taking on a $400,000+ mortgage seemed risky at the time, but I figured I had a $150,000 buffer thanks to the profits made from VCSY.

3) When life has already passed you by. If you’ve already had a go at climbing up the corporate ladder or starting a business, people are more accepting of your failures if you decide to try something new. Age gives you more respect amongst your peers, for the simple fact that you have more experience.

At 40 years old, my time for success is over. I don’t crave it nor do I care to make a name for myself anymore compared to when I was in my 20s and early 30s. Now it’s just about spending time with family. But if I were to try to start something new and fail, because of my situation, I don’t think anybody would really care.

4) When you have a working spouse with no dependents. Life is easier when you have a partner you trust. If you’re in a rut, it may be worth trying something new, especially if your partner has a steady job that includes healthcare benefits for you. No need for both partners to be miserable at work!

Besides negotiating a severance, building passive income, and having some online income back in 2011-2012, knowing that my wife wanted to continue working for at least a couple more years helped give me confidence to leave a well-paying job to focus on Financial Samurai. We made a pact that she could also engineer her layoff when she turned 34, which she did two years later.

By failing to prepare, you are preparing to fail. – Benjamin Franklin

Repeated failure is OK if you work at Google X or find yourself in one of the above scenarios. But in any other situation, I’m not sure if taking excessive risk is worth it. At some point, in order to survive, you’ve got to accept your situation and do the mundane.

It may sound depressing to do the same soul-less thing over and over again for the rest of your life. That’s what most Americans do until 61. So let me say clearly that even if you had all the education and money in the world, life may not be better. Therefore, you might as well take some risks now.

What on Earth would you create? Maybe a commercial flying car? An agricultural tool to 10X the output of wheat? Or perhaps a device to help the visually impaired to see 20/20 or better?

Nope. Over the past seven years, the team at Google X has created none of these things. Instead, they’ve come up with this thing called Google Glass. 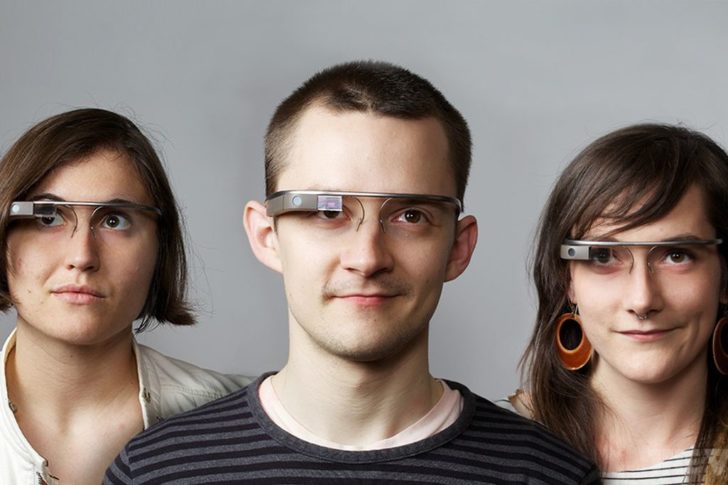 Do you see anybody wearing Google Glass today? Of course not, because they’ve all been punched in the face by folks who don’t like others taking creep shots of them.

For all of you who didn’t spend hundreds of millions of dollars and years of your life creating Google Glass, well done! Maybe doing what you’ve always been doing isn’t so bad after all. Or maybe, you don’t need credentials or permission from anybody to try something new.

Readers, when is repeated failure OK? Why do you think people with brilliant minds and unlimited resources haven’t come up with anything better for us regular folk?

In an upcoming post, I’ll be featuring stories about the 97% – 99% of folks who don’t take action to improve a bad situation. If you’re one of them, perhaps you can share your reasons why. Stories can be from getting out of a bad marriage, leaving a terrible job, getting in shape, starting a business, etc.

The post The Only Scenarios Where Repeated Failure Is An Option appeared first on Financial Samurai.