The Fear Of Screwing Up Our Kids As FIRE Parents

Posted on October 19, 2017 | Comments Off on The Fear Of Screwing Up Our Kids As FIRE Parents 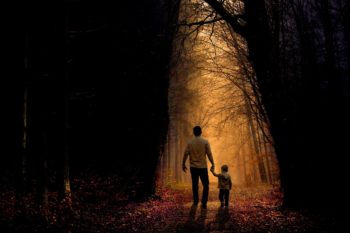 Every other weekday, I walk by my 27-year-old neighbor playing catch in the middle of the street with his 20-something-year-old friend. He’s a nice guy with an intricate tattoo of a dragon on his right throwing arm. I saved his beat up Subaru Outback from getting a $120 street cleaning ticket one day, so he’s always super friendly.

Although Jake is a nice guy, it doesn’t seem like he has a job or any ambition beyond just having fun. When he’s not playing catch in the middle of the day, he’s off to Tahoe with his buddies for a week at a time. When he’s not snowboarding, he’s traveling for a softball match. It’s a great life. I just wonder whether his parents deprived him of his potential because he’s still living with them.

The truth is, I’m afraid my son will turn out to be like Jake or my other 26-yo neighbor who lives at home with his parents and wakes up the street every morning with the gurgle of his new motorbike. When I asked his mom what he’s doing now that he’s graduated from college, she shrugged and told me, “he’s still trying to find himself.” Fair enough. At least he’s got a sweet sports car and motorbike to take him wherever he wants to go.

As two stay at home parents who live unconventional lives, we feel our financial independence may end up screwing up our son’s life. After all, being raised by middle class and lower middle class parents, and going the traditional route ultimately led us to FIRE in our 30s.

I now approach life not caring about following the rules anymore. Don’t want to go to college? No problem. Just take classes so you can be an expert in something. Want to try your hand at online entrepreneurship? Sounds good! Your old man can give you some good pointers. Don’t want to get married? Wonderful. Use the annual $10,000 in marriage penalty tax savings to go see the world.

For those of you who’ve built some multi-generational wealth, who have FIREd, or who work non-traditional jobs, let’s talk about what our lifestyles might do to our kids.

As a tennis coach for a private high school in SF, I’ve begun to learn about the intricacies of the private school system. You’re supposed to apply to a feeder pre-school before your child is born in order to get on the track to one day get him/her into the very high school I’m coaching at.

But before applying to my high school, you’ve first got to get your kid into one of the selective K-8 private schools after completing pre-school. The admissions process includes an evaluation of how your kid plays with others as well as an aptitude test. Talk about putting your kid through the gauntlet early on!

The thing with going to an elite private high school is that not every alumni gets into a prestigious university. In fact, only the top 10% of kids get into the most selective universities. Everybody else gets into a top ~50 school, which is great. But so do many kids who go to free public high schools.

As a public high school graduate who attended a public university and got a front office job at Goldman Sachs in NYC, I 100% believe in the value of a public school education – so much so that I have ZERO stress about trying to get my son on the private school track. If he doesn’t get in, he’ll go to public school, hooray!

But because I hang out with so many friends who do send their kids to private school, they give me stress about whether or not I’m doing the right thing being so lackadaisical. I think, Will not sending my kid to private school, even though I can afford it, deprive him of an opportunity to reach his full potential? This stress is part of the reason why I’m considering leaving San Francisco.

While at GS, we routinely rejected kids from Harvard, Princeton, Yale, Stanford, Columbia, Cornell, UPenn, Brown, and other great schools for various reasons. One consistent reason was that the rejects were all one dimensional, uncharismatic geeks who didn’t know how to communicate. Therefore, if you can’t get a good job, what’s the point of spending all that money, working so hard, and stressing all those years? The more prestigious your education, the higher the expectations.

I’d rather have my kid attend a lower tier school and surprise on the upside. Your mannerisms, communication skills, affability, work ethic, and connections are more important than where you went to college. You can work on all these things without ever attending a top ranked university.

Besides, in 18 years, how important will a traditional college degree really be if everything can be learned on the internet for free? There are speciality schools popping up everywhere now that teach kids hard skills. Over time college may eventually become a relic.

I firmly do not care if my son becomes a doctor, lawyer, banker, venture capitalist, private equity investor, strategy consultant or some other traditionally high paying occupation. I’ll be proud of him, whatever he does. I just want him to be happy and find someone who cares about him as much as I care for him and my wife.

As someone who worked in finance for 13 years and has written about money for more than eight years, I clearly see how money and prestige does not automatically lead to happiness. I’ve written about this topic over and over again with examples such as:

The Unhealthy Desire For Prestige Is Ruining Your Life

The only professions I feel are incredibly honorable are those that help other people. Being a doctor or a teacher are two occupations that come to mind. Working at a non-profit that helps foster children is another.

I can’t believe how much education doctors have to go through to be who they are. To be able to heal and provide solace are wonderful skills that cannot be over-appreciated.

Given there’s nothing more precious than our children, I believe teachers aren’t given enough credit for what they do. A good teacher can make all the difference in the world.

Mom and dad have already sacrificed themselves for money. Thus, after graduation we’d like to have our son focus on service to others.

A Sense Of Achievement

There’s nothing better than working hard and then achieving your goals. We want to instill in our son a work ethic that allows him to appreciate the correlation between effort and reward. To give him everything would be an absolute travesty, because we never fully appreciate what we don’t earn.

I fear we won’t push our son hard enough to achieve his maximum potential. Instead of spending at least three hours a night on homework like his mother and I did in high school, let’s just have fun since he’s going to forget everything anyway! If we were struggling, surely we’d like for him to go to a great school and get a high-paying job so he can not only take care of himself and his future family but also provide us some financial relief as well. But we don’t have such anxiety.

We’re going to try our best to raise a grounded kid who appreciates the value of a dollar. But I know it’s going to be a challenge because our son will wonder why his parents are the only parents who never have to go to work. He’ll wonder why his old man is at every soccer match, every orchestra recital, every play, and every debate. He’ll see that all I do is type on a keyboard for several hours a day and that’s it!

I remember clearly as a 23-year-old wanting to make as much money as possible so my mother could retire earlier. She was often stressed at work and even consulted me on whether she should retire before the age of 60. I told her to not waste one more second at a job she disliked. Her pain motivated me to aggressively save in order to let her be free sooner. When she retired before 60, it was one of my proudest moments.

Is It Time To Stealth Wealth Our Kids?

Deep down I find solace knowing that no matter what, our son will be fine because we’ll always be there for him. But I wonder whether it’s a good idea to Stealth Wealth our son before he understands what wealth means.

One of my friends lives in a $18 million mansion and flies private with his kids. How the heck are his kids going to be happy with anything less than the best once they get jobs? Will they be willing to live in a dumpy room in an overpriced SF apartment because they only make $50,000 a year? Hard to imagine.

We already live in a middle class neighborhood in a very humble home that’s less than 2,000 sqft. All we’d really have to do is get rid of the SUV before he’s seven years old and drive a Honda Accord instead. Mom doesn’t wear jewelry, and I just wear jeans and sports clothes.

We want our kids to have it better than us. And I’m sure our kids want to see if they can one up their parents. But if you retired in your 30s and live a life of leisure, that’s going to be damn hard to beat.

No Wonder Why Millennials Don’t Give A Damn About Money

A Massive Generational Wealth Transfer Is Why Everything Will Be OK

Confessions Of A Spoiled Rich Kid

Readers, anybody fear screwing up their kids’ lives due to the lifestyle you lead today? How do we instill in our children an appreciation for hard work if they come from a financially well off family? What are some of the action steps you’ve taken to ensure your kids don’t grow up to be deadbeat losers?

The post The Fear Of Screwing Up Our Kids As FIRE Parents appeared first on Financial Samurai.